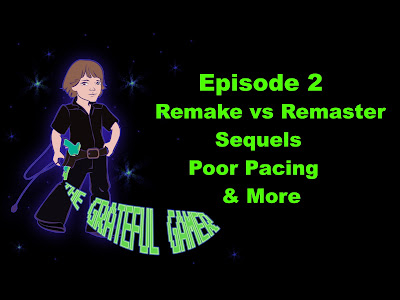 For this episode the following topics are: Remake vs Remaster, thoughts on sequels, multiple endings, poor pacing in games, pointless cinematics, clickbait headlines and reading comments.

The second I finished recording this podcast I looked up the Resident Evil HD Remaster to find out how wrong I was. LOL I'm such an idiot.

Buuuuut I was also right! so there =P From wikipedia: "Released for the GameCube video game console in 2002, it is a remake of the 1996 PlayStation game Resident Evil, the first installment in the Resident Evil video game series."

There was a point in time where these two words used to mean the same thing. Bite me! haha