When I first started Watch Dogs Legion I was really impressed by the new feel of not only the melee combat but the story as well. After a couple hours I started to notice some differences from the first two games that I did not like. After several hours of playing, I was struggling with enjoying the new game that removed so much of what I loved about the first two. Fifteen hours in, I kept thinking that the developers sucked the fun out of the series.

First, Watch Dogs Legion removed the option of hacking citizens of the world as well as ATMs to gain money. It is not easy getting money in this game even though there are opportunities available through certain recruits but nothing in Legion compares at all to the earnings you get in the first two games. This really sucks when it comes to customizing characters because there's quite a bit of wardrobe material to play with. It takes forever to unlock because the best stuff is super expensive. I'm still buying clothing from the stores after I've completed the game and I even got a trophy for spending more than $100k on clothes but I do have most of my favorites now. 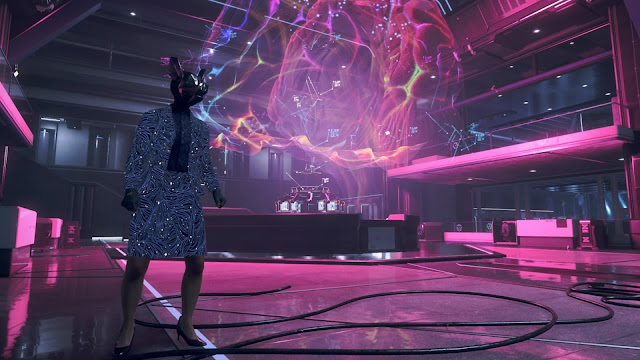 Second, you cannot buy cars in Watch Dogs Legion. Third, you cannot use melee or ranged weapons that opponents drop. All of my complaints are tied in to the new recruiting gameplay mechanic. Instead of hacking citizens and ATMs for money, you recruit people that have a certain car, weapon specialty, or income. In comparison to the first two games, this "feature" sucks ass. If Legion were the first game in the series, none of this would have bothered me as much. Even after completing and finding the campaign to be amazing, I think these were really stupid decisions.

The recruitment feature itself is really freakin cool. When I first saw the developers discuss it and share information I was worried about the story and how it would play out without a protagonist. But Watch Dogs Legion does have a protagonist. You are Dedsec. The story is all about Dedsec as a whole and each character ties in pretty nicely. It was definitely odd at first, gameplay and story wise it's quite different. But the team behind this game made it work so dang well. This is the best campaign of the three games so far to me.

There are plenty of things that bother me. I still think the first Watch Dogs has the very best replay value when it comes to repeatable fun side content. I still miss the crap out of Digital Trips and I do not understand why the team decided not to bring them back yet again. They were amazing. 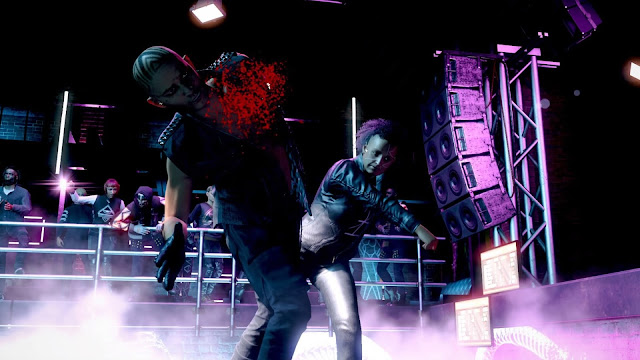 Then there's the A.I. in Watch Dogs Legion. It's horrendous. I still get my butt kicked when I am surrounded by enemies but there is a consistency with enemies not noticing you take down enemies standing right next to them. They also won't notice you from stealth mode unless you are directly in front of them. If you are to the side, it's like you're behind them. Also, running over people in the streets does nothing. Nobody gets alarmed, nobody calls the police. Nothing happens. And if you do end up in a cop chase for whatever reason, you can escape them by taking three turns on the street. It's nonsense.

Audio logs can only be listened to while in the menu system. Why was that changed? In both 1 and 2 you listened to them as you moved through the world. (This has been patched now.) There are just so many things about this game that are actually worse than the first two. It's crazy to me that I struggled for so long with this and after it all, I think it's the best campaign in the series. Once I got much further into the game (probably twenty hours) and started moving further through the campaign missions, it started blowing my mind. The story is great. The missions are often unique and special. The environments are insanely epic. It rocks.

Watch Dogs Legion could still use some polish when it comes to the melee combat. They kind of turned it into a brawler early on but once I unlocked characters with badass abilities (such as the Hitman) and weapons, I stopped doing normal melee combat as often. But if they were to polish it, fighting against walls always sucks in games where melee combat isn't the main focus so that would be one place to work on. Also, the parry system could use some work and more animations along with the melee itself.

I would love to have seen more customization options such as a barber where we could give our characters haircuts and dyes. Ubisoft Toronto did a great job creating unique characters but of course it would be nicer to have more options. 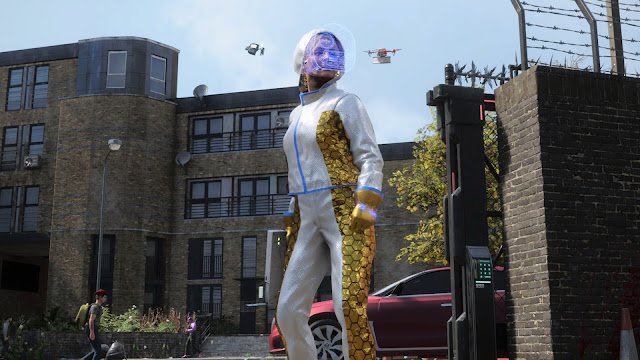 Speaking of customization, no game should ever offer DLC that gives you something a million times better than what you can earn in-game. Especially when you've already paid for the game itself. Why don't developers and publishers realize this? That's when you can tell they really do not care what the player feels when it comes to that kind of thing and it sucks so bad. It feels cheap, we feel ripped off, and I'm pretty sure most older gamers hate it.

It seems the "industry" would rather normalize screwing over younger people that don't know better and making them think it's a "feature." Us older gamers remember earning all this stuff for playing the game. That's a general rant as it happens in almost every single game now. Ubisoft is definitely one of the worst nickel and dimers. I still love their games but that is bull%#@!. Also, you can't even outright buy a bundle you might want. You literally have to spend $20 to get a $15 package. F U.

Anyways, I really didn't think I'd change my mind so much about Watch Dogs Legion after I had played fifteen hours. I was not expecting it to get so good and myself to fall into the rhythm of it. I still prefer the first two games by far when it comes to the hacking system as it's involved with the city for car chases and the citizens. But everything else is so great in Legion. I'm looking forward to seeing what they do with multiplayer. I may have given this game a 9 or 10 if my favorite parts of the first two games were not removed.

I took the screenshots in this post on the base PS4. If interested, here's my full album. Thanks for reading. Game on.

Update Nov 4: I'm back to playing Watch Dogs 2. It's so much smoother and just easier to pick up and play than Legion. (I've completed the first game four times and it's the only game of the three I've given a 10/10.)

Legion is grindy when it comes to the extra stuff. The devs really did suck the fun out of the first two games. I can't tell if it was unintentional or was deliberately to get people to pay for microtransaction boosts. I still enjoy Legion and it still has the best campaign to me, would just recommend either of the first two games over it.