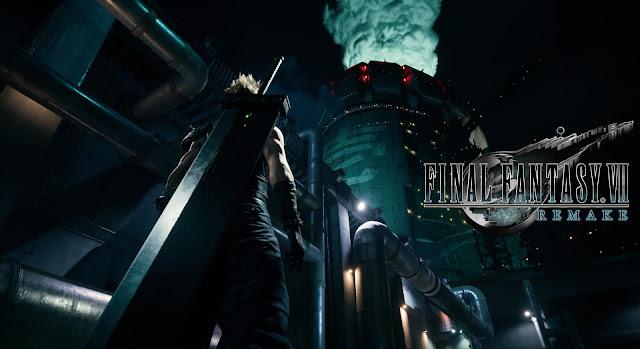 I could tell in the gameplay previews, trailers, and interviews that the Final Fantasy 7 remake was going to be as close to the original game as possible but with newer gameplay. I don't know why but it was hard for me to imagine it being so close to the original with a different combat system. But while playing the demo, I could feel everything from the original game represented and it was just amazing. The trailers and previews were great but while playing it you can really feel it especially because of the music. Incredible remastering!

The main thing I was worried about in the Final Fantasy 7 remake was the combat. I'm not really a fan of the combat in Kingdom Hearts or Final Fantasy XV even though I did enjoy those games. (That said, FFXV was a major disappointment for me.) I'm just not big on the spamming one button to attack thing. I prefer combo systems in games like Bayonetta or God of War.

The combat is basically still the same in Final Fantasy 7 remake with the one button spam but the extra strong attack stance named Punish specifically for Cloud is pretty awesome. The combat is super flashy and epic and switching between stances is mostly fluid and at least allows for some decision making. It felt great. Each character is said to have their own type of fighting stances to switch between. 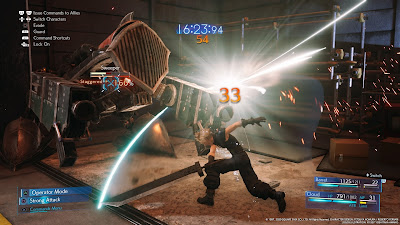 However, I did not enjoy playing as Barret. When he first becomes playable it's to shoot at enemies that Cloud can't reach with his sword. My problem with him was that even though you can strafe while shooting, if an enemy hits you with an attack you get stunned for a sec and it interrupts the flow of gameplay. To me, that's where the one button attack mechanic really shows as being problematic.

But that's just the type of game Final Fantasy 7 is, you know? So yeah, it's designed that way and I'm just not a fan. To me, it feels clunky and old. Learning correct timing on blocking and dodging seems to be pretty important and that's cool. It was just real tough as Barret in the short time I played him and I didn't want to switch to him ever again. He just wasn't fun at all to me. I did like how he could charge up his special attack, though, just by hitting that button repeatedly.

The first boss in the demo which is also the first boss in the original game was so good. I didn't really think about how long the fight would be until I reached the second stage and then there was even a third stage! I didn't realize that having remembered the original fight being pretty tough had me prepared for a long fight in this remake even though the combat is quite different. What's really amazing to me is how the fight felt exactly the same but in 3D. It was a pretty long fight and I used up almost all my health pots on it before noticing Barret had a heal spell. (derp) 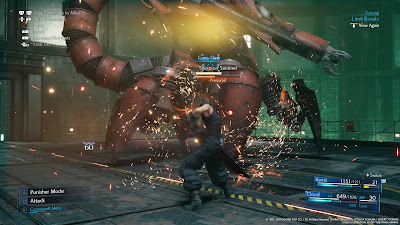 One thing I started to notice especially during that boss fight and then confirmed during some normal fights after was that it seems like the characters you don't play take forever to build their ATB. That was not cool. It made it almost impossible to use my teammates abilities while staying as Cloud. I imagine it's designed that way to make you want to switch characters more often but I'd rather not be punished for playing the character I enjoy more.

I almost forgot! Biggs, Wedge, and Jessie were so awesome!!! I really loved Jessie even more this time around. Well, I didn't really care about her all that much in the original but the voice acting has really helped with the characters for sure. I'm not a fan of Wedge's voice. I love the actor but I just didn't like his voice on this character. Maybe it'll grow on me.

I really loved the way the character dialogue is displayed on screen when more than one character is talking. You have the regular captions for the main story dialogue happening and then some transparent type chat boxes on the side of the screen representing the side chat going on. It looked really good.

Overall, the Final Fantasy 7 remake demo has me far more hyped than I could imagine. I had already pre-ordered this because of gameplay videos as well as a combination of interviews had me sold. I was still a little worried but after playing the demo I can't wait. I absolutely loved the original game and this demo alone felt like a true representation of it.

Thanks for reading. Game on!