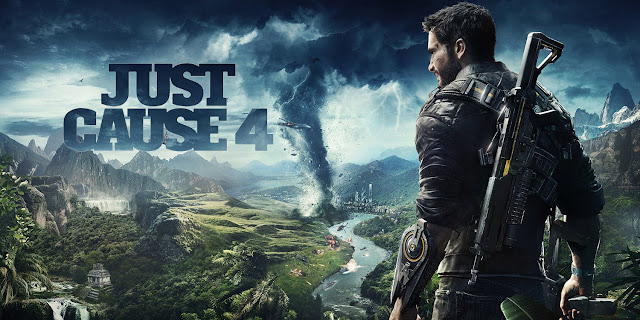 First, I haven't beaten Just Cause 3 yet! But I have played a lot of it and I still plan to return and complete it. What happened was I was continuing my playthrough of 3 for the heck of it after not having played for awhile and I was enjoying it so much that I decided to install 4 in preparation for when I complete 3.

Once Just Cause 4 was installed, I booted it up just to have a quick look at the differences. And then instead of completing 3 first, I couldn't stop playing 4. The differences are kinda crazy cuz overall, 4 is so much a better game! The visuals, the environments, and of course the gameplay. Also, I have actually enjoyed the stories of 3 and 4. I really hope there's a 5! The ending of 4 was pretty dang cool and made me wanna see what will happen next.

The main difference between Just Cause 3 and 4 for me is the replayability. 3 has better side content. It has actual races and repeatable missions to increase our score on. 4 doesn't have that at all. It has dinky little challenges and while some of them are actually pretty tough, and for the most part they've been enjoyable, they're ass compared to the additional content in part 3. I can't stand the challenges where you have to find a car that's nowhere within 100+ miles!!!!! -burp-

The biggest issue I have with part 3 is that pretty much everything looks the same. It's a beautiful game but it's also kinda bland. That certainly doesn't stop me from enjoying the heck out of it and also being deeply impressed by some of the views and landscapes. 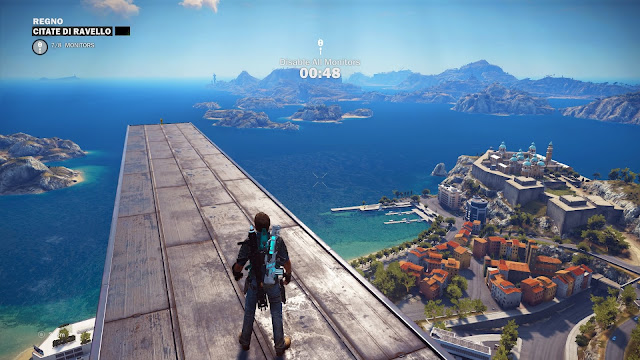 Just Cause 4 felt like a reboot of the second game to me while lacking the side activities which was really weird. The extra challenges while they could be cool and fun, felt a bit tacked on. I can't help but think part of that is because of how much work was put into the main game and main missions. The world itself is freaking mind-blowing and the performance of the game was very surprisingly smooth on the base Xbox One.

The developers obviously learned from part 3 how to improve performance when an insane amount of action is happening. While the performance could break down pretty bad in Just Cause 3, it's totally playable and so much fun.

I played Just Cause 4 thanks to the Xbox Game Pass. Sadly, the game is actually leaving the pass this month if it's not already gone. I enjoyed 4 so much that I definitely plan to buy it at some point. It was just on sale for $22 or so on PSN but that's over (I'd want the Gold Edition for sure).

I had purchased Just Cause 3 and the DLC as well for the base PlayStation 4 when it was on sale super cheap. I'm sharing this info so that you understand I'm not playing a game based on how much I paid or hype. I just play the games and have a lot of fun.

The Just Cause series is something to play if you just wanna kill bad guys and blow shit up. And if that's what you're lookin for, it's super fun! There's also a decent story but it won't blow your mind or anything. I think it's good enough. I want more.

You can check out my Just Cause 4 screenshots here if you're interested. Thanks for reading. Game on!