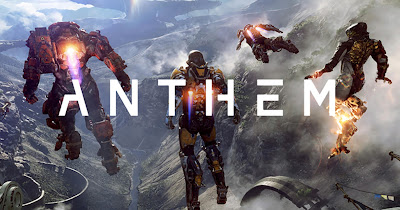 A little while back, there were rumors of Anthem receiving some kind of "reboot" but there was no official statement. Now there is.

For the most part, the post by Bioware kind of sounds more like a PR thing but the fact that it exists is a big deal and shows that Anthem will continue to live and breathe new life. [Edited] I finally got to access the site for myself and the post is human enough for me. I like it. [Edited]

I don't play Anthem too often anymore but I do absolutely love the game. I had my fill within the first few months of the game's launch but I do return from time to time. It has received some very cool updates since then with lots of great fixes and some pretty cool content updates. While the updates have been great, there still hasn't been enough content that would keep me playing it constantly. But when I'm in the mood, I love every second of playing the game.

We don't have any specific details on what exactly will be changed or come to Anthem, but I'm excited for the rumors of a "reboot" to be confirmed.

I've been trying to access the Bioware blog post but the site has been down since I first read the article that Prima Games posted about this. I'll update if I find new information that would fit here. Thanks for reading. Game on.
news