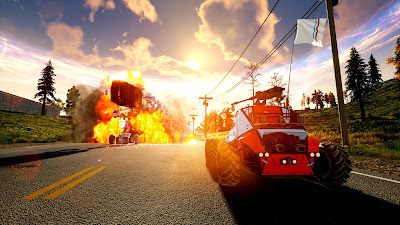 I noticed this post getting a weird amount of extra views. I'm not sure why. I did get around to trying this game and like many reviews I saw online, the optimization was so piss poor that the game was literally unplayable. It has been a few or several months since I tried it and I haven't gone back yet. It does seem like a cool game and I love the idea but I just haven't given it another try yet.

I don't have anything specific to say about this game as I have not played it yet. It looks cool so I wanted to share it with anybody that might be interested.

Not My Car is a battle royale with cars. Mad Max style and all that. It's in Early Access and is free to play forever. Available on Steam right now!

Also, if you're interested in vehicular combat, there is Crossout as well that is not a battle royale game and is free to play. Crossout is also on XB1 and PS4.

Thanks to Free MMO Station for their coverage and share of Not My Car.