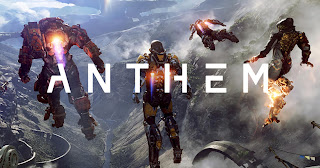 Anthem has issues. I've never denied that. But here's a fact: since day 1 they have been blown out of proportion and not by a small amount. Also, if you're a patient player, the game is very much enjoyable even with the issues. Yes, they can be frustrating. Of course. It probably won't really get to you until after you've had plenty of time to enjoy the game and then start the grind. That's where the issues would be more noticeable. Once you feel like you have to repeat missions to get loot.

Now, with Anthem's most recent 1.0.4 patch, so many good things happened. Each javelin was re-balanced and it wasn't even needed. Each of them got some really cool buffs for the most part. I saw a single nerf to an Interceptor masterwork item but I could see that as being a very tiny adjustment to the balance more than a full on nerf.

Loot. From the beginning there have been some issues with loot in Anthem. Again, not as drastic as the internet would have you believe but yes some issues. Allow me to explain the tiny bit of where the real problem was. It lied in the very tip-top highest end-game. It's not while leveling up. It's not before you're geared to get into the most hardcore end-game. It was in the very highest difficulty. So, in-between the highest difficulty and the very beginning is a pretty decent loot system. The internet would have you believe it's non-stop from start until finish. That is just not true.

All the people screaming about issues with the loot in Anthem on social media are idiots. These are people that go into a single mission after an update to check out what changed. They play that one single mission. They don't get the hundreds of pieces of gear they want. Then they go onto the internet and scream and shout about how "the game still sucks." That is the reality of this situation. That is the reality of the hatefest online.

Anthem still needs a bit of work. Mostly refining. More content. And yes, even though the loot drops are indeed improved, we need more right now as the content is lacking. Once more content is out, then the loot can be more balanced. Right now, the end-game is literally nothing more than a loot grind so the good stuff should definitely drop more often. The game is fun. It is fun. It's freakin awesome.

From what I've seen, whoever and however many people are still working on Anthem have done an absolutely incredible job balancing updates to the items, the UI, and the content. We got a new noticeably good loot update (again) which the developers have said will continue to be worked on. We got buffs to every single javelin class. I don't know why. They were already quite powerful but whatevers, that's cool. We also got a tiny bit of extra content thrown in with the Legendary Missions. This is three completely different types of gameplay mechanics that got updated. That's not including the subtle but necessary and great interface changes.

The team behind Anthem is really good at answering players too. The communication is crazy good. Check out AnthemDevTracker on twitter (I don't know why they don't have more followers) to follow all the responses to player questions. That's not including the answers they give elsewhere. But the internet would have you believe the devs don't listen or communicate. Idiots.

There's a ridiculous amount of nonsense I read and watch online daily by uninformed pieces of shit including Angry Joe who literally made a new video to rant about this update based on reddit reactions. He didn't go in to see for himself that the update is actually good and these fuckwits online are just crybaby morons. Fuck that guy. The same goes for every other ignorant game site covering the reactions of morons on reddit.

I dislike EA too but that doesn't mean they don't put out good games.

There were and are still issues included with the new patch. There was a change that made it so when teammates would loot items, you would get your loot as well. You didn't have to run over to the loot to pick it up for yourself. I thought that was cool but a bunch of people hated it so the devs switched it back. I don't know if it was an actual bug (the devs said it was). I don't think it was but it could have been. I think it would be nice to see that as an Option so that people who like it on could use it, and people who don't like it just disable it. But I assume that might be pretty difficult to pull off technically.

A new issue with the Elysian chests is that often in the Mission end screen, you get stuck and don't get to see your loot so people assume it's gone. I've seen people report that those items tend to show up after relogging. I don't know for sure but I wouldn't be surprised if that is the case. I have encountered the same problem but I haven't investigated enough cuz I really don't care right now. I understand why people do, though, and they should. I know it will be fixed so I don't worry.

Generally speaking, every single update for Anthem has been really good. They have made major improvements. I am not playing this game constantly. It does not have enough content for me. But after this recent update they do have me logging in daily to at least get a few missions done and to pick up my Elysian chest. If I wanted, I could continue to grind out a lot of stuff but I'm patiently waiting for more. I got my fill. I love it. I'll play it when I'm in the mood.

The stupidest people are always the loudest and I'm sick of it so here I am calling them out.

Thanks for reading. Have an epic day.
news thoughts