God of War: Atreus Is the True Star 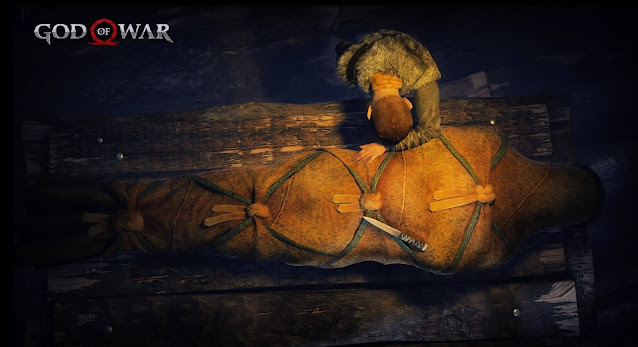 For me it was obvious right from the beginning of God of War that the story was about Atreus. I might not have realized it in the very opening screen with Kratos chopping a tree but the way the dialogue focused on Atreus was clear to me. It was about teaching Atreus to have the knowledge and skills that he will need to understand and survive the world.

Atreus does everything. He offers advice to his father. He does all the reading of the lore in the world. Kratos is just Atreus's axe. That said, Atreus is also a total freakin badass in combat. To top it all off, Atreus goes through mood changes based on what's happening in the journey. Kratos just grunts the whole time while Atreus has so much character. I didn't want him to die but then I didn't care if he did and then I cared again. God of War might as well have been called "Atreus's Story." And I don't mean that as a put down or anything. I love that the story focuses around him. It's really well done because while it's obvious, it's also subtle. It's natural.

I would have preferred God of War to have started with Atreus walking into their cabin and saying the prayer for his mother. I think that would have been a much better way to introduce the game. The tree chopping intro works because of the hand print but I feel that part was unnecessary and dragged out. Of course that doesn't matter anyways. I'm just sayin!

The final reveal in God of War (which I'm not going to spoil) blew my freakin mind. I've seen comments from others around the internet about how they're disappointed that the entire game was just about making a reveal so that they could do a sequel. I never felt that for a second. While I did not like Kratos as a character (in this game) and I did not feel that he really grew or was ever that interesting, I loved the bond between him and Atreus and the journey itself. As I mentioned, it was very clear to me that this was a story about raising Atreus even if that isn't the intention.

Another reason that I don't feel that the big reveal in God of War was the focus is because it wasn't needed. The whole time the reveal was happening I couldn't believe that the story got better. I was fine without the reveal. I was fine with Kratos and Atreus bonding through this beautiful journey of saying farewell to their wife/mother. And then the reveal was happening and the whole time I was like "no freakin way" on repeat. It was amazing! The whole game was so good and then the reveal just blew me away. OMG!!!!!

I was in love with Atreus as a character. He was compassionate, hopeful, confident, and many other great things I can't think of off the top of my head. He was such a wonderful character. I loved to love him and I loved to hate him.

Thanks for reading and have an awesome day!

I've made a few videos expressing my thoughts about the different aspects of the new God of War including a full review, the open world as a game, Atreus as a character, and the combat. I'm linking the combat video below. I hope you'll be interested in having a look if you have the time.

The Problem With God of War's Combat: